The concept is simple and the rationale is straightforward: picking up and disposing of garbage is an effort, so municipalities and waste management charge for it and people who throw out more should pay more. To those already living in a municipality where a pay-as-you-throw (PAYT) is well established, this article may seem like old news, but there are many who live in municipalities that charge flat fees for trash disposal and therefore find such variable rate pricing strange and foreign. This article will elaborate upon what PAYT is and its various types.

According to the Environmental Protection Agency (EPA), most communities in the U.S. charge flat fees to its residents for trash or have them pay for trash collection and disposal services indirectly via property taxes. Since people pay the same amount of money regardless of the amount of trash they throw out, they lack any incentive (at least, economic incentive) to try and reduce their waste. The alternative is a pay-as-you-throw system where the trash bill goes up the more one puts garbage in the trash can.

Companies like WasteZero help implement a trash metering system based on volume by introducing customized trash bags. Under this system, trash collectors will collect designated trash bags, which residents can buy from typical local supermarkets or convenience stores. Person A who throws out three times as much trash as person B will have to buy 3 bags and pay three times as much for trash. A similar variant is charging for stickers; trash can be put into any bag, but trash collectors will only collect bags with a sticker.

Where curbside collection of wheelie bins is predominant, municipalities may opt for a scheme with variable sizes of wheelie bins. A household that is confident that a smaller wheelie bin can contain its weekly amount of waste can select and pay for a smaller wheelie bin. Although fees for cumulative waste volume may not vary linearly (possibly punishing those whose waste volume falls somewhere in the middle because wheelie bins have fewer size options with larger increments in between each size), this approach incentivizes people to more aggressively reduce their waste.

Municipalities that want very precise variable rates can opt for weight-based systems. They may have collection trucks with equipment to weigh the garbage and charge each household based on the actual weight, or place smart garbage cans with scales to measure the weight and radio-frequency identification (RFID) tags to identify and bill households.

The list above is not exhaustive; there are other methods and combinations thereof to implement variable rates for waste collection. Although a PAYT system is easy to follow and can be implemented rather quickly, people may not want to go through the hassle of figuring it out. For people who are used to just dumping whatever they have and paying the same amount, they may need some convincing to see the argument for a PAYT system.

The Reason Foundation summarizes the benefits of PAYT well in its policy study. Firstly, it’s equitable that people who use more of the service – i.e. trash collection – should pay more for the service. Secondly, it sends an economic signal and leads people to act in the desirable way rather than simply restricting the undesirable behavior; economics reaffirms that this is really the only way to get people to act. Thirdly, such effective incentivization will lead to waste reduction, increase in recycling, and overall environmental benefits – the goal towards which we all strive.

One can find success cases of PAYT all around the world. South Korea adopted a bag based PAYT system in 1995 that led to a significant reduction in volumes of general waste. South Korea now boasts one of the highest recycling rates in the world and experts credit its PAYT system. Now there are economic incentives to recycle – if you recycle more, you have less general waste to pay for. In New Hampshire, towns that implemented PAYT showed significant reduction in trash disposal. The research also plainly admits that the increase in recycling rate commonly associated with PAYT was not statistically significant in New Hampshire, but this implies that, rather than diverting trash from general waste to recycling, people produced less waste, which is another desirable outcome.

The conclusion is clear: pay-as-you-throw is the way to go and we should all implement it in our communities. If you live in a community that does not currently utilize a PAYT system in waste collection, talk to your town planner or local representative. If you are the decision maker, make it happen! Let us all help the environment while cutting costs and increasing efficiency. 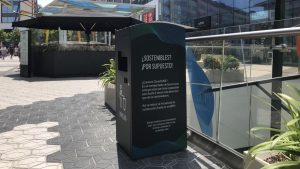 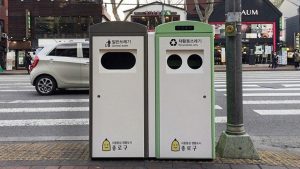 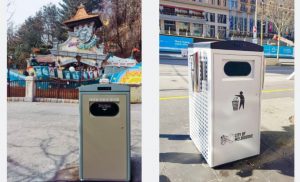